The Department of Business Administration was established at the Lund University School of Economics and Management in the year of 1958, within the Faculty of Social Sciences.

Although there is a long history of informal ties and close co-operation between the different units of the school, the formal development of a unified School began in the late 1980s, when the first part of the campus – the Holger Crafoord Centre – was built with generous donations from the Crafoord Foundation. The building is named after the founder of the foundation, the industrialist Holger Crafoord (1908-1982). The Holger Crafoord Centre was built in three stages during the period 1988-1998.

Since the establishment in 1958, the Department of Business Administration has undergone several significant changes, both geographically and contentwise. The research and educational portfolio has been diversified over time. For example, clinical research, in which researchers of the Department were among the first to pioneer, has been supplemented with other approaches and perspectives. Lund holds a long tradition of conducting research within finance, accounting, marketing, organisation, entrepreneurship and strategic management. Today business administration is a multifaceted topic that contains many definitions, making the Department a vibrant and constantly developing environment. 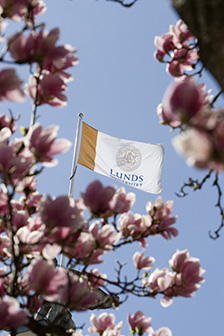