She is looking forward to three years of discussions and conversations with academic colleagues, and didn’t hesitate for a second when she got the invitation to come to Lund University School of Economics and Management. Meet Fleura Bardhi – new guest professor at the department of Business Administration. 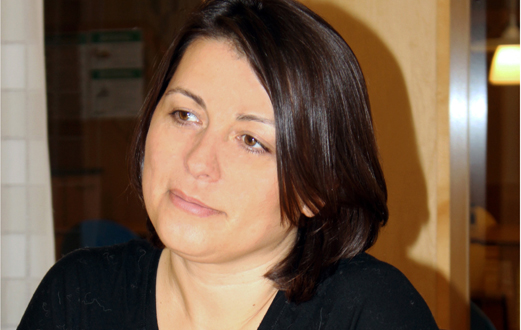 “Scandinavia is known for its strong theories in the field of critical management, and I do look forward to being part of the intellectual environment and the conversations at this School”, says Fleura Bardhi.

Holding a position as a professor of Marketing at Cass Business School at the City University of London, and with an academic record including USA, Norway, Australia and Albania, Fleura Bardhi is now able to add Sweden to the list.

Understanding consumer behavior and consumer culture theory are the main focuses of Fleura Bardhi’s research that will fit into her guest professorship.

What happens when ownership is not the default?

“I adapt theoretical and methodological approaches from sociology and anthropology in the study of contemporary consumption phenomena; and hope to hang out and collaborate with fellow scholars of marketing as well as management”, she says.

Her recent research includes areas as the Sharing Economy – not only is she co-editing a book on the subject, she also did a study together with the LUSEM alumn Anders Bengtsson in Boston five years ago, focusing on the car sharing company Zipcar:

“Ownership has been conceived as the normative ideal in a consumer society in marketing. The question is: what happens when this is not the default? We wanted to explore how we consume and behave when we want access and not ownership. But on the contrary to what we expected, American consumers didn’t really see these services as sharing. They considered it more like renting a hotel room, and felt no commitment to one another.”

In addition, she works currently on a project focusing on life transitions and consumption – how do we manage the challenges as divorce, relocation, migration and long-distant families?

“Post-divorce mothers can lose half of their income, be forced to take their kids out of private school, and actually fall into poverty. Still, they maintain pictures of prior lives, their former villas, of the cars they used to drive, focusing all their consumption strategies to get back to their prior social status, while having to rely on their extended family and take two or three jobs to make their ends meet.”

“This study was made in Australia where I spent my last sabbatical. The socio-cultural context in Sweden is totally different, and I find it very interesting to be here. The social welfare, the labor law, the institutional arrangements.”

Fleura Bardhi will be visiting Lund at least twice a year—and she really appreciates the peace of the city.

“I enjoy taking a break from London. Lund is greener, smaller, slower, the pace of life is calmer, it’s quiet, you can walk and think and write. Lovely!”