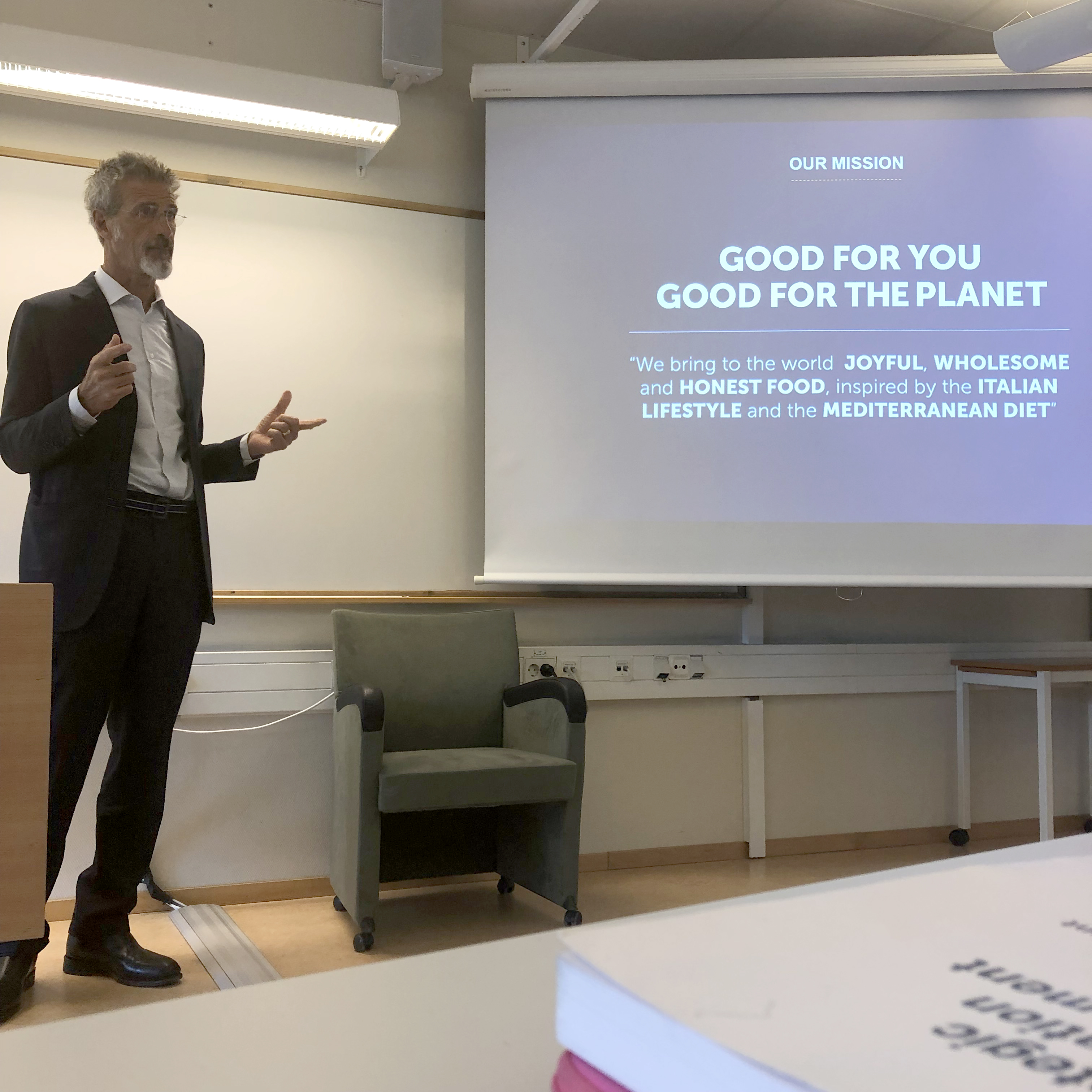 Guido Barilla, owner and chairman of the Barilla Group.

On May 17th we were visited by Guido Barilla, owner and chairman of the Barilla Group, who talked about family and heritage, and the challenges ahead for the food sector and the Barilla Group. Mr Barilla is the fourth-generation to run the company. The Barilla family owns 85% of the company today.

The one-hour talk covered both personal reflections and Mr Barilla’s view on the future of the food industry. Master students and staff from the centre contributed by sharing questions and thoughts on the matter of sustainability, the supply chain, consumer behaviors, packaging, marketing and the native digital generation.

“An interesting company, which, thanks to its orientation towards plant-based products, has a strong position strategically long term given the challenges facing the food sector”, says Thomas Kalling, Director of Sten K. Johnson Centre for Entrepreneurship.

Barilla is an Italian family company created in 1877 in Parma, founded by Pietro Barilla, a baker. Barilla is the largest pasta company in the world with an estimated $3,5 billion in annual revenue. In 1999 Barilla bought the Swedish company Wasa.